Got my emoji working 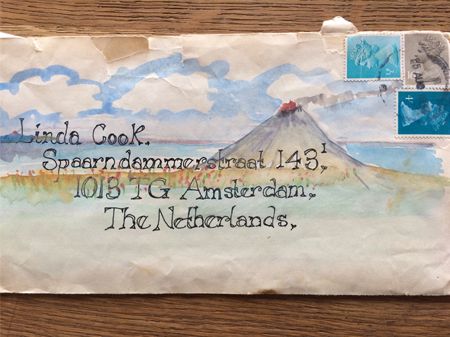 I was cycling through the centre of Amsterdam recently and found myself having to ring my bell to warn yet another dawdling tourist that they had unwittingly veered onto a bike path and would have to shift pretty sharpish. As usual, the ‘dring dring’ sounded abrupt and aggressive. I found myself wanting to attach an emoji to the sound to soften the impact.

My son seems to have a thing about emojis; they irritate him, I don’t know why. OK, it’s annoying to realise how addictive they’ve become, like most activities related to a smartphone, but I still use them freely, sprinkling their little yellow faces into my sentences like so many shiny, sparkly minions. I use them to… duuhh… convey emotion. I find them useful. But communication remains a minefield despite the advances of modern technology.

We use language to communicate facts and ideas, to share random observations, dreams, worries. We talk – inflection conveying our emotion, or lack of it. We write. We even used to use hieroglyphs and runes – that ancient Viking alphabet I learned for my diary when I was 16 and having thoughts I didn’t want my parents to know about. And of course we used to write letters.

I revelled in the craft of writing, the shapes that emerged from my nib, not just the art. One of my most passionate exchanges was with a close friend when we were both in our twenties. Liz was still in England; I had already moved to Amsterdam. We would use coloured inks, embellish our texts with illustrations, attach fabrics to better describe a recent purchase and decorate the envelopes too. I remember one envelope depicting two erupting volcanoes in pink and grey watercolour, one near, one far, each sending smoke signals to the other.

For me, the message that moves from the heart to the page travels much more freely down an arm and into the single vehicle of a nib than into the fingers. Fingers need a message from the brain telling them which key to hit. When I hand-write, any emotion I may be feeling can spill over into the visible speed with which I write, evidenced by a gradual shift from neat, well-formed letters to a loose scrawl that could have been made by a spider emerging from an inkwell filled with Guinness.

So my lad, if we have to send texts, and it appears we do, I find emojis very useful.