– exploring the benefits of a simple life 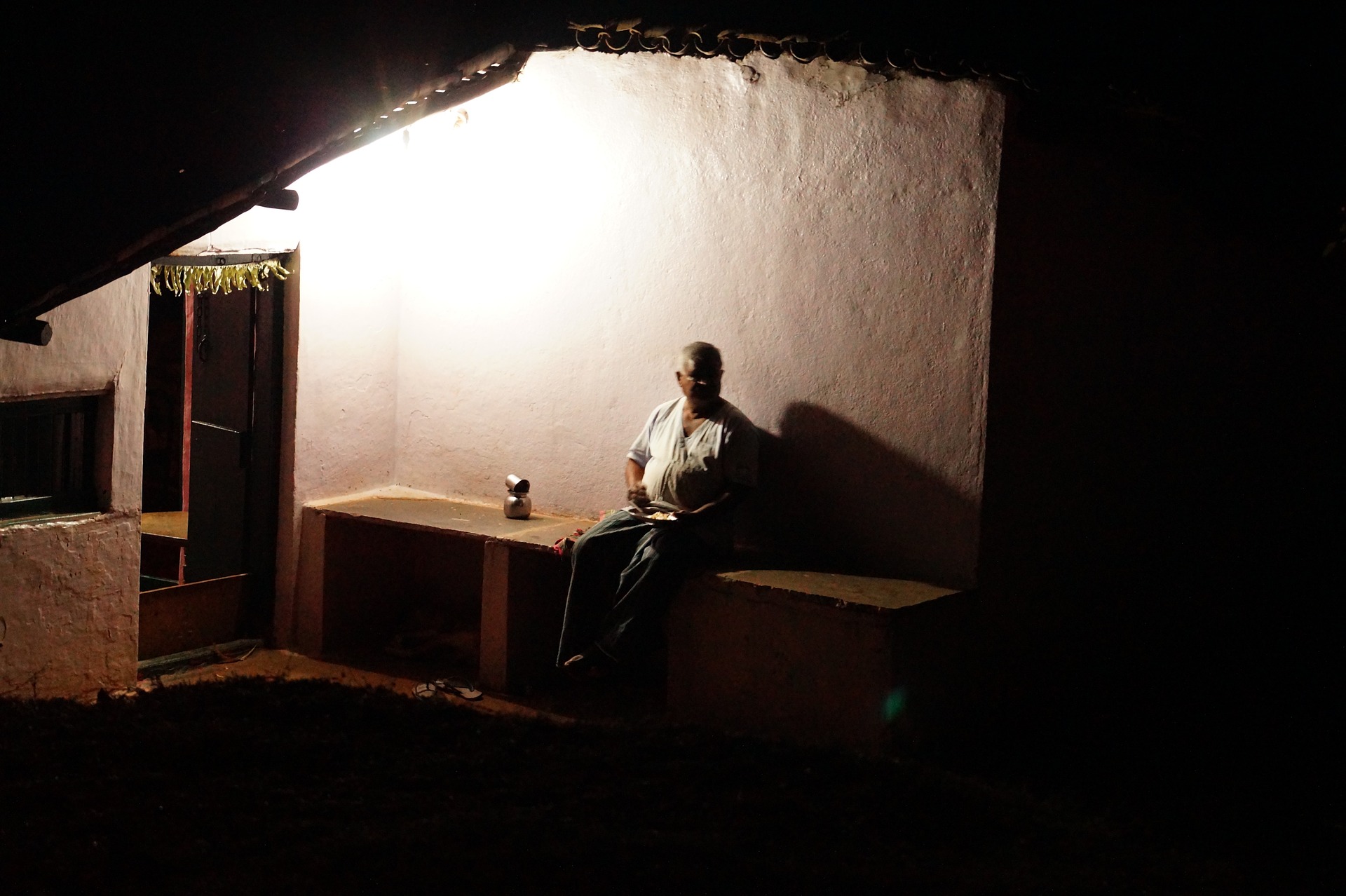 This is an article, not a blog, so grab a cuppa first 😊

What do we need to live joyous, fulfilling lives? Surprisingly little if we believe the sages of the past and the philosophers of today. If we’ve been lucky enough to have been born into an affluent society, adopting more humble living standards could not only help ensure the continued survival of the planet and all its species, but reduce the load on poorer societies too. It could also lead to all of us leading deeper, more enriching lives.

I think I’ve always loved the simple life. I grew up in the north of England, where the fields became open countryside at the end of our street. My parents, who had lived through the food rationing of post-war Britain, instilled a ‘make do and mend’ mentality in my sister and I, my mother making curtains, clothes and cakes, my father, an insurance salesman, crafting small items of furniture for our house. We spent two weeks a year in a British seaside resort and my father drove a modest company car. It was a no-frills upbringing.

My father was also a spiritual seeker, quoting Krishnamurti, the Upanishads or the Bhagavad Gita when I reached an age to appreciate them (he served in India in the war). When I was 12 he found what he was seeking in the Quakers, and we would sit on straight-backed benches with a dozen or so other worshippers for one hour every Sunday morning in the local Meeting House. When someone was moved to speak, either on a spiritual matter, or a more mundane but poignant topic, they would stand up, say what they had to say, then sit down again, returning the room to silence and releasing a fresh wave of contemplation over the worshippers.

Non-enriching details
The Quakers are characterised by their simplicity; not only in the way they worship, but also in the way they adorn themselves and their homes (they don’t, much). ‘The call to each is to abandon those things that clutter his life and to press toward the goal unhampered.’ So wrote a Philadelphian Quaker in 1955. ‘Simplicity, when it removes encumbering details… cleans the windows of life and lets joy radiate.’ Today, for those of us living in wealthy societies, encumbering details are a constant part of our daily lives: shops selling things we don’t need but find hard to resist, the possibility of far away holiday destinations made accessible by cheap flights, (Tahiti? Mississippi? Well, why not?) And, of course, the endless rabbit warren that is the internet where we find ourselves in virtual locations we didn’t even know existed, never mind went looking for. When we resurface, having crawled our way out of the rabbit warren, have our lives been enriched?

‘The goal’ the Philadelphian Quaker referred to was of course a spiritual goal, a ‘coming closer to God’ (a word open to a dangerously vast number of interpretations, as witnessed by the dangerously vast number of religions, ironically all seeking the same experience). Religions and spiritual movements of the East and West, from the Quakers and the Shakers to Buddhism and Taoism have all valued the non-material wealth that can be found by following ‘their’ way of life. A certain Catholic businessman, the American Charles Canoy, went on a spiritual retreat to a Benedictine monastery in 2007. Something a senior monk had said, stuck with him: ‘There should be a little bit of monk in each of us. A monk knows what he is about, and has cultivated an environment that doesn’t pull him away from being what he is about.’

A hunger for less clutter
Discovering ‘what we’re about’, and decluttering our physical and mental environments to find it, has become something of a trend in affluent societies over the past couple of decades. (Poorer societies don’t have the luxury, although their lack of material wealth may, arguably, give them easier access to a richness of the human heart frequently found in close-knit communities, common in less-privileged societies.) While yoga, meditation and ‘wellness’ practices are emptying minds big time in the West, efficiency guru Marie Kondo set to work decluttering our physical environments with her 2011 bestseller The Life-Changing Magic of Tidying Up, published in more than 30 countries. Her methods were futher promoted by the success of the 2019 Netflix series Tidying Up with Marie Kondo. There is, apparently, a hunger for less clutter in our lives.

In 2017, Danish psychology professer Svend Brinkmann published The Joy of Missing Out: The Art of Self-Restraint in an Age of Excess, since translated into five languages. Brinkmann promotes ‘jomo’ in an era where many are haunted by ‘fomo’. “Social media is perhaps the biggest culprit,” he says, “as it often forces us to compare ourselves to others who are displaying the most wonderful aspects of their lives.” He adds that it can make us want to constantly change ourselves to match our own experiences with the ones we see online. When you add to the mix today’s consumer culture with its marketeers telling us we can always have something (to make us) better, the pressure is on for constant change and the pursuit of more.

Thoreau’s wish to ‘live deliberately’
Too much choice is psychologically toxic. My local supermarket sells 65 different teas: five varieties of red-bush (all the same brand); green tea, white tea and black tea and teas that claim to help with everything from liver complaints to sleeplessness. If we weren’t forced to decide between so many varieties of tea, we might be able to sleep. Brinkmann believes that by consciously withdrawing from these demands on our time and creating environments with fewer distractions, we can open ourselves up for deeper connections to the world and other people, ultimately bringing not only more joy to our lives but also what he calls ‘existential depth’.

Someone who went looking for this existential depth in the mid-19th century was American essayist, poet, and philosopher Henry David Thoreau. Wishing to live ‘deliberately’, as he put it, ‘fronting only the essential facts of life,’ he spent two years, two months and two days in a house in the woods, recording his experiences in Walden, a book that critics now regard as a classic American work, exploring natural simplicity, harmony, and beauty as models for just social and cultural conditions. ‘I wanted to see if I could learn what [life] had to teach. I wanted to live deep.’ Thoreau advocated abandoning waste and illusion in order to discover life’s true essential needs.

The Simplicity Institute
Thoreau was one of the main inspirations for The Simplicity Institute, founded in 2011 by Australian academic and author, Samuel Alexander. According to its website, the Institute ‘seeks to provoke a broader social conversation about the need to transition away from growth-based, consumer societies toward more resilient, egalitarian, and rewarding societies based on material sufficiency and renewable energy.’ (The ‘just social and cultural conditions’ that Thoreau believed simplicity could facilitate.)

In 2014 Alexander put out a call out to like-minded people to live together for one year, simply and sustainably, with the goal of living within the resources of the planet. A dozen or so people answered his call and The Simpler Way Project was born, with participants building their own houses on a 20-acre property – part forest, part cleared land – as well as facing the challenges of resolving conflicts with virtual strangers. We can witness their experiences (and interviews with experts on related subjects) in the documentary A Simpler Way: Crisis as Opportunity. The Simplicity Institute advocates ‘voluntary simplicity’ as a way of reducing the demand on our resources that our planet sorely needs. “It is unlikely that we can create a just and sustainable world within growth capitalism,” says Alexander. “Voluntary simplicity would be part of creating cultural conditions for a new system where people are not locked into high-impact living.” Alexander and his colleagues believe we can’t wait for governments to do this for us: “We must organise and network at the grassroots level and begin to build the new world within the shell of the old.” ‘Be the change you want to see in the world,’ as Ghandi said in a similar vein.

Spreading ourselves too thin
If the change we want to see in our world is living a life that meets our own needs, the needs of the planet and the needs of those around us, we need to rein ourselves in. If we keep engaging with each possibility that presents itself, whether that’s tempting click-bait or an invitation to hang out with people we don’t particularly like, we run the risk of spreading ourselves too thin and never making the impact we want to in the areas that are important to us, whether that’s work, our family, or our private passions.

This focus, and its importance, is underlined across our diverse cultural histories, but perhaps particularly in the East, from the oldest Buddhist texts, which advocate meditation to withdraw the mind from automatic responses to sense impressions. Zen calligraphers also operate from a place of ‘inner simplicity’. Their skilful calligraphy, they say, is not the product of intense practice but of a heart free of disturbances. Bernard Leach, the British potter greatly influenced by the artisans of Japan wrote: ‘The more restrictions that apply, the more creative the mind becomes. Constraints are the threads that guide and bind the art. Simplicity reveals, ornateness conceals’. Ask any writer or artist if they can create without total concentration, free from outside distraction. Few can.

Focus for maximum impact
Even sassy Western business gurus push simplicity for boosting creativity and productivity. Chris Baréz-Brown, British author, entrepreneur and founder of Upping Your Elvis consultancy, wrote in The Guardian: ‘Focus on the one thing that will have maximum impact on your role and do it with total commitment until it is finished. Our conscious brains overcomplicate stuff. We can’t help but overthink and try to be clever. If we trust our gut and feel our way to solutions we have a much greater chance to deliver simplicity and ideas that work.’

Browsing in a bookshop some 30 years ago, I came across a book with the intriguing title The Importance of Living, by Lin Yutang. I didn’t know it then, but Lin Yutang was one of China’s most prolific and influential writers of the 20th century; he died in 1972. With chapter titles like ‘On Lying in Bed,’ ‘On Tea and Friendship,’ and ‘The Problem of Happiness,’ I had to buy it. I still take comfort when, shrugging off an urge to accomplish something, I remember one of his inspirational sentences: ‘Besides the noble art of getting things done, there is the noble art of leaving things undone. The wisdom of life consists in the elimination of non-essentials.’ Amen.