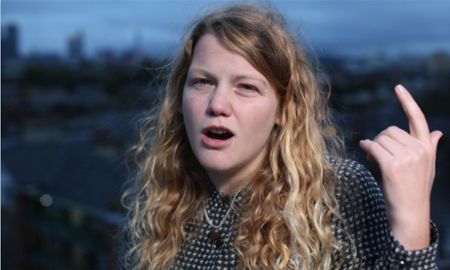 My son came home from school the other day with an interesting proposition. “If there was a nuclear meltdown Mum, and you could only save ten people, how would you decide who to save?” This of course was the premise for the 2013 film The Philosophers, one his class had been discussing that day. Apparently, in the film, it all came down to a matter of profession. Carpenters? Useful. Opera singers? Er, no. Doctors? Absolutely. Poets? I don’t think so.

But I do actually. Think poets should be saved. Even more so since discovering Kate Tempest. A British performance poet (and rapper, playwright and novelist) she delivers her social commentary with an urgency and authority that make it impossible to do anything while you’re listening. Not that I’d want to. I’d be frightened of missing a word, and her prose is so tight each word counts; each line is like the cream on a trifle, delicious enough as it is, but hiding rich layers underneath. She mixes mythology, street culture and situations that are familiar to all of us, played out in pubs, clubs and around kitchen tables. Her words are like daubs of paint, creating characters so vivid and so colourful you can see them, smell them almost. And her texts take you with her to get under their skin, and I recognize so much of what I find there. Like she says:

‘There’s always been heartbreak and greed and ambition
And bravery and love and contrition
We are the same beings that began, still living
In all of our fury and foulness and friction.’

And it’s this recognition that counts. We’re all the same, underneath the tattoos, the hijabs or the Savile Row suit. We just need reminding, by people like Kate. So in a post-apocalypse world, I wouldn’t want to live in my wooden house, in a fit state of health, without a poet.